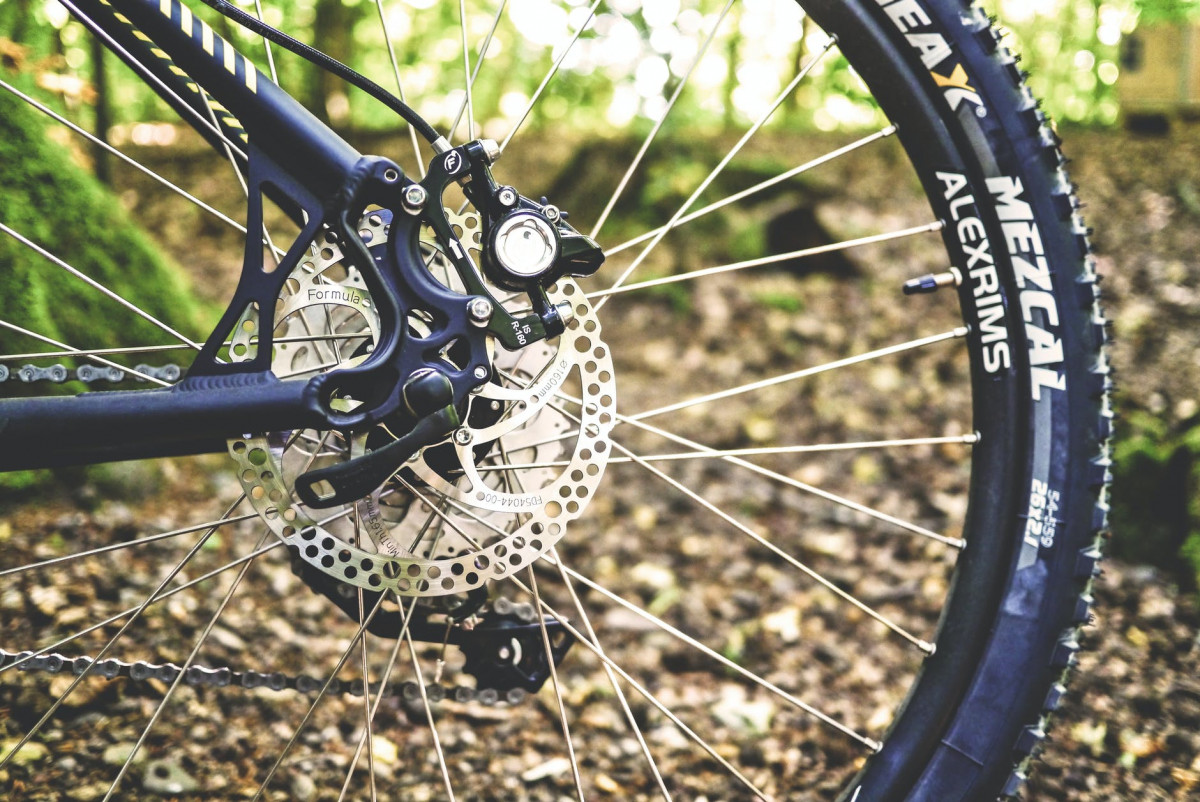 Over the last five to ten years, several significant shifts have taken place in the design of the wheels that are equipped on bicycles. Because of these developments, the boundaries of bike wheels have been stretched in terms of strength and function, and the design concessions that manufacturers have made are compelling them to find stronger materials so that we may all continue to glide joyfully off road. Having said that, I am of the opinion that it may be time to make a change that would be to the advantage of all riders, a change that might become a reality by only making a minor adjustment to the length of our axles.

Too much stuff, not enough space

The existing length of 135 millimetres for the rear wheel over lock dimension is insufficient. There are two causes that have led to a reduction in the strength of the wheels used in mountain bikes. The first issue is that most cassettes are now being manufactured with a greater number of cogs than they were at the time when 135mm hubs became the norm in the industry. Back then, each of our cassettes included six gears, but now, each cassette has nine cogs, all of which are packed into the same amount of space as their predecessors.

Hub designers needed to develop larger freehub bodies and reduce the space between the hub flanges in order to make 135mm hubs compatible with the contemporary number of gears used on bicycles. This allowed them to make 135mm hubs work with modern bikes. The inclusion of disc brakes into the game required the designers to bring the flanges even closer together in order for their creations to be able to accept rotor mounts and offer appropriate clearance for the callipers that are used in the disc brakes.

Because of the close proximity of the hub flanges, the wheel’s strength has been reduced. Imagine the gap that exists between the flanges of a hub to be the bottom point of a triangle. The spokes, which meet at the rim of the triangle, make up the other two “sides” of the triangle. The “base” of the triangle becomes less stable laterally as its width decreases. To make up for this, more spoke tension will need to be applied. This is particularly true for the drive side of the hub, which is distinguished by the fact that the spokes seldom ever “bend” outward toward the drive side hub flange.

Even front disc hubs include spokes that make an angled transition from the rim to the hub flanges at a variety of different degrees. Now, instead of looking at a triangle with a broad base and sides of equal length, we are going to look at triangles with narrow bases and sides of varying lengths. Because of this, the strains that are placed on the spokes and the rim are far higher than anything that wheel designers have ever had to contend with previously. The progress of materials has assisted in keeping up with the strength difficulties, but there is a more effective solution.

Looking forward: Finding the numbers for a solution?

If the length of the axle could be increased, the “triangle” that is created between the hub flanges and the spokes might be altered to be more symmetrical and have a larger base. This would allow the wheel to have greater stability. Additionally, it would enormously boost the wheel’s strength. The additional strength might be used in a variety of ways to improve performance, including the reduction in weight of existing rims, which is something that would lead to improved performance when hiking on trails. Because of the modification to the over lock size, the rim’s strength would be comparable to or perhaps superior to that of currently available designs.

The front wheel over lock size, which is now set at 100 millimetres, might also benefit from a little expansion to accommodate disc brakes. Because of the rotor and the calliper, the hub designers have been obliged to make concessions to the design of the front wheel that are analogous to those made to the rear wheels. Disc brakes impose additional strains on wheel components, which adds another layer of complexity to the issues that must be resolved. In most cases, this issue is resolved by installing heavier components inside the wheels. This issue might be remedied by increasing the distance between the hub flanges.

Crossing over: moving to a new standard

The biggest obstacle facing advocates of a new standard is that the changes would require component manufacturers retool existing machinery and the adjustments many frame companies would need to make to their designs.

In my opinion, this is what has kept the over lock dimensions intact for as long as they have been. However, the compromises incurred by keeping the axle lengths the same have reached their limits. Something has to give before more progress can be made, and I think it might be time to consider changing the standards now.