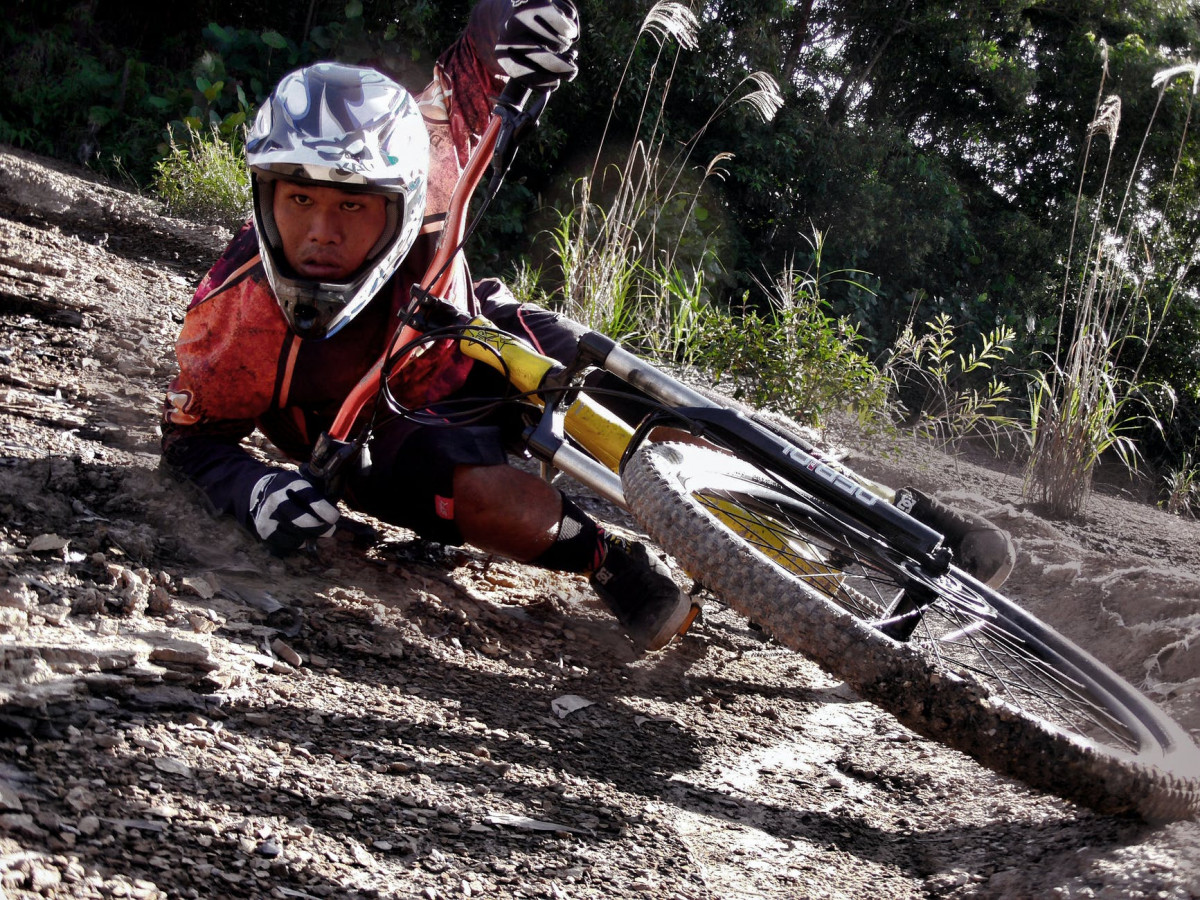 Since the late 1980s, I’ve been riding mountain bikes, and over that time, I’ve logged many hours sitting on the bike’s seat. During that period, I was able to improve my bike handling abilities to a respectable level. Even though I haven’t been in too many significant bike accidents, I understand that the law of averages will eventually catch up with me at some point. When someone rides sufficiently, regardless of whether they are on a cross country bike or a full-on freeride machine, in my opinion, they are going to touch the ground at some time or another, and this is a truth that all mountain bikers need to be aware of.

When it comes to mountain biking, being smacked about is an inevitable part of the sport, and I’ve had my fair share of that experience. Throughout addition to the usual collection of scratches and bruises, I’ve also had to deal with the occasional broken toe and one or two mildly separated shoulders in my life. However, these petty disagreements are not the focus of this essay. Instead, I want to discuss the major mishaps, the ones that you recall with glee and that you don’t feel the need to embellish with any type of superlatives. The following are, without further ado, three of the worst and most terrifying crashes I’ve ever experienced:

2002 was the year when Whistler Bike Park began to solidify its position as THE preeminent mountain riding destination for gravity enthusiasts from all over the globe. Trails such as A-Line were staples in each and every one of the most popular mountain biking movies, and almost every rider who had the opportunity to tear down the groomed runs was blown away by the speeds they could achieve and the distances they could jump.

During that particular season, I was riding a brand-new Kona Stinky DeeLux equipped with Marzocchi Super Ts, the freeride special, and I was brimming with self-assurance as I dropped off of anything that was in my line of sight. During one of my excursions that summer, I got out with several friends to spend the day hiking up a nearby hill. During one of our runs, we were going full speed down A-Line, and I decided to take a flying leap off of the famed rock drop.

Everything was going well; I landed the drop without any issues; that is, until I missed the following turn and went over a berm, over another cyclist, and into a tree head-on. All of occurred as we were cruising along at around 40 kilometres per hour.

I had the impression that everything was good, so I quickly grabbed my bike to move it out of the road. When I got back on my bike, I glanced down and saw that I had crumpled the head tube of my much-loved Stinky and folded my fork under my frame. Following a quick visit to the hospital, where it was determined that I had suffered a mild concussion and a fractured wrist, I was discharged with the instruction to clean up the broken pieces of my $2,500 frame and fork. Ouch.

In the late 1990s, I had serious thoughts about getting into cross country racing since my fitness level was great and I was riding faster than I’d ever ridden before. Spending most of my time on a Fisher Paragon (replace on warranty by a Supercaliber), I was super stoked on flying up and down local xc runs.

On one of those fine mornings, I ended up underestimating a steep section and was forced to jump off of the bike. I cleared the bike and thought I was going to make it out scott free but, since it was so steep, I couldn’t keep myself from running down the hill and straight into, you guessed it, a tree. I sat down for a few minutes, recovered my breath and climbed back on my bike — I was sure sore, but it was nothing that kept me from finishing the ride.

It wasn’t until I was peeling off my clothes before jumping into the shower that I noticed the unhealthy-looking bruise that extended from my rib cage down to the middle of my thigh. The verdict? A couple of badly bruised ribs and the ugliest hematoma that you’re ever likely to see on a cyclist. Fortunately, I was younger then, and my recovery was quick.

The Big and the Bad

I consider a crash Especially Nasty if the results keep a cyclist off of their bike for more than a couple of weeks. Usually, crashes of this magnitude involve broken bones, displaced shoulders, and anything else that creates severe discomfort. Fortunately, most riders never experience this type of crash and they can be thankful for that since, speaking from experience, I can say without reservation that the consequences ain’t too much fun.

My big one occurred last October. If you’ve followed me over from my last biking site, you’ll know that I stacked hard on a jump that I helped build and had hit many, many times previously. I don’t really feel like going into the details of the event, but the crash involved blowing a jump and piling into yet another tree. The end result of that crash was a badly injured neck and upper back, and a bunch of inconsequential cuts and bruises. Since then, my recovery has been steady, if a bit too slow for my liking.

I think it’s useful for people to talk about their crashes — especially their bad ones — because I think that it helps others realize that theirs aren’t the worst out there and that there will be a resolution, one way or the other. In most cases, full recovery is just a question of time, mental discipline, and patience. In others, people need to realize that crashing comes with the territory and, while cycling is generally a pretty safe sport, riders need to accept that every time they strap on a helmet and head out onto their local trails there’s a chance that they’ll go down. Hard.

Now, here’s the interactive part of this article: I want you all to write about your worst bike-related crashes in the comment box below. At this point, I don’t want to hear how you dealt with the pain afterwards — save those thoughts for next week. In the meantime, bring da ruckus!

To Workout Beginners In 2022: Suffering Doesn’t Make It Better | Exercise During The Pandemic