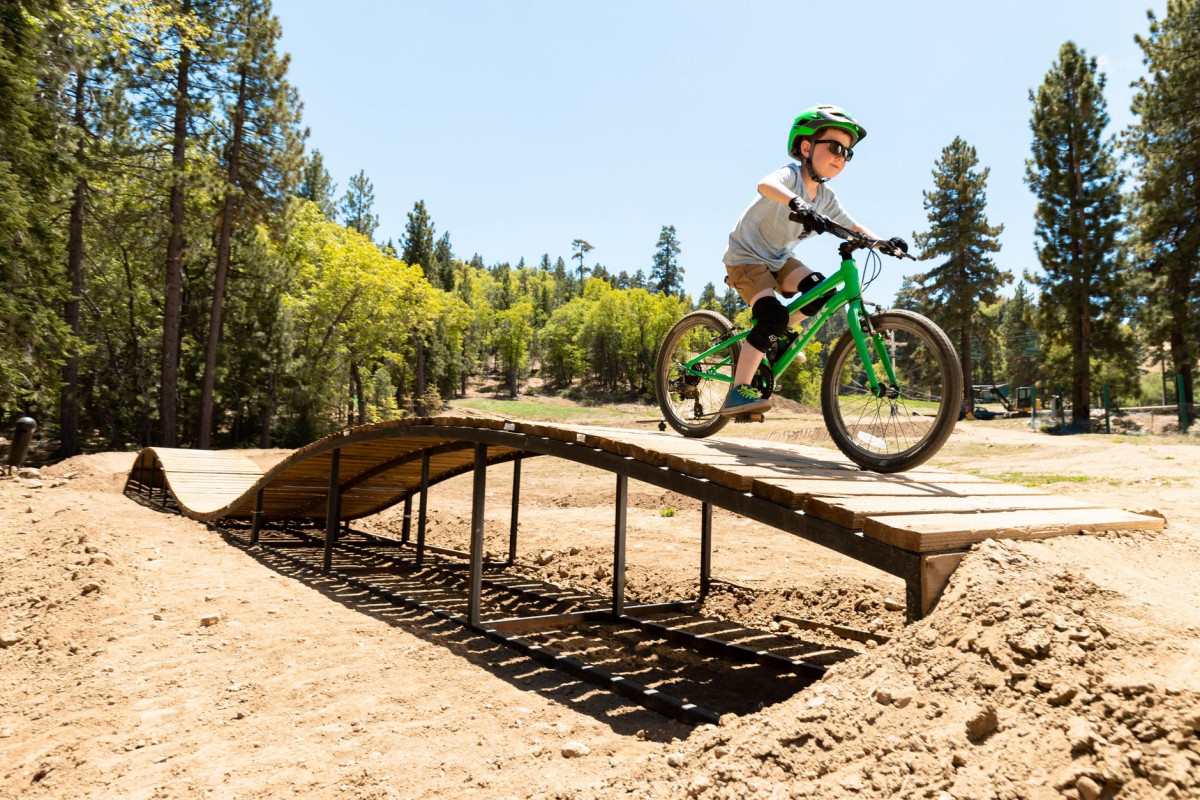 The natural response is the enjoyable aspects. My sons have progressed from unsteady, weaving children who are unsure of whether they can make it the two miles to Main Street to power pedalers who don’t bat an eye when I suggest they ride their bikes to the library. Seeing the change has been motivational for me as I experiment with new things now that I’m in my 40s.

However, there won’t always be a celebration. There are certain journeys in which I have to behave more like a psychotherapist than a mother, and after such excursions, I am often extremely thankful for a glass of ice cold beer. But despite that, I’m quite set on having kids continue to ride bikes.

The most important reason for this is to ensure their own safety. When I was a youngster, we used to take the clunker car that belonged to our family out on the country roads and teach ourselves how to drive it. When planting season came around, we would guide the tractor in a straight path. At the campground and conference centre where we resided, my dad taught my sister how to drive the old pickup truck with the column shift using the yellow and brown vehicle. She had already logged a significant number of miles behind the wheel and had some driving experience when she enrolled in driver’s education, both of which likely contributed to her improved driving ability.

What do we have these days, exactly? Video driving simulations like MarioKart? What a comforting thought.

I believe that taking my sons out on the road when there is a decent amount of traffic would help them become better drivers when the time comes for them to operate a vehicle that weighs one tonne and is made of metal while they are behind the wheel. They will be able to comprehend the operation of a traffic signal, a 4-way stop, and a left-hand turn.

I posed this hypothesis to Marc, who writes the fantastic blog Amsterdamize. On his site, you can see incredible photographs of Dutch people going about their daily lives by bike while wearing ordinary clothing in every season of the year. My inquiry to him was, in essence, “Do children who grow up riding as those stylish and rugged Dutch people do become safer drivers?”

A significant number of youngsters, particularly in larger cities such as Amsterdam and Utrecht, begin riding bicycles at a young age. How young? Have a look at this picture of an Amsterdam father getting his two children ready for a bike ride. According to Marc, the majority of youngsters are able to freely ride bikes by the age of 7 or 8.

But Does All The Biking And Training Help?

“Yes, (it makes them) safer drivers, absolutely,” he said. “You can see how that makes a difference on a daily basis. Car drivers are aware and mindful of people on bikes because they bike themselves too. And getting your driver’s license ain’t no walk in the park. It’s expensive and rules regarding bikes on the road are very strict.”

He went on to say that in the case of an auto vs. bike accident in the Netherlands, the car’s driver is always assumed to be at fault unless otherwise proven in court. That’s a far cry from American rules of the road, where it’s quietly assumed that the cyclist must made the wrong decision at the wrong place at the wrong time. After all, roads are for cars first, right?

I’ll admit that it’s other drivers, not my children’s abilities, that make me most concerned when I’m on the roads with them. But I’ll keep trying. I’d rather have them gain real-life experience than live in a bubble.