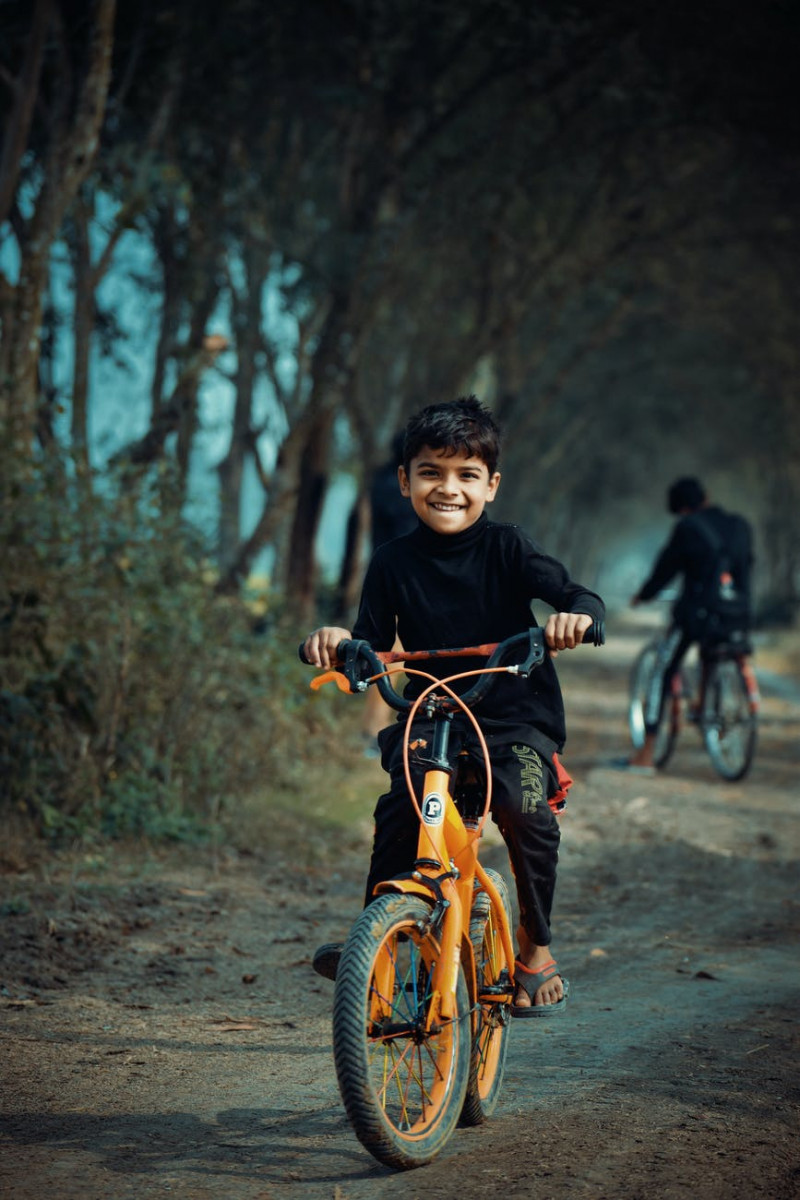 My objective is to persuade others that not only is bicycling a fun activity, but that it can also be easily included into one’s regular routine.

Because there are a few things that I would want to express but lack the room to do so, I will take the opportunity to do so here. Imagine it as an extended version of the activity Biking with Kids.

*If you’re seeing yourself having a wonderful time cycling along with your family, you may want to put that image away for a while. However, if you are just getting your children acclimated to the notion of bike, there are a dozen interruptions that happen along the route. Those moments will undoubtedly come up, but in the meanwhile, you should prepare for them. You should prepare yourself for numerous pauses and modifications, or you could simply include them into the journey.

*Make sure you have enough time to ride by yourself at your own speed if you are teaching your children how to ride a bike for the first time. If you ride your bike at the pace of a kid, you probably won’t get the exercise you need, and it also won’t fulfil your desire to be able to relax and take it easy. Make sure you schedule enough time to connect with your passion of bicycling in the method that works best for you.

*Practice smart shopping habits. Before you go out and spend a significant amount of money on the appropriate equipment, ask around to see if anybody you know has any bikes, helmets, bike trailers, or other similar items that they are trying to get rid of. Our children ride really excellent bicycles that are far more affordable than brands of lower quality sold at large box stores. We searched Craigslist, asked our friends about any offers they may know about, and purchased a used bicycle from a local store that accepts trade-ins. Because children grow so quickly, it is a good idea to purchase old clothing for them.

*If you have a young child who is just starting to learn how to ride a bike with two wheels, you may want to think about purchasing them a push bike instead of training wheels. These are basically bicycles that do not have pedals and are powered by the children’s feet. Imagine a scooter that also has a seat. To some extent.

The advantage to push bikes is that kids get the sense of how to balance and steer without having to think about pedaling and braking, too. They just put their feet down, which is a pretty natural thing to do. After a few weeks or months of this, kids generally have the hang of riding a two-wheeler. Because we’re cheap frugal smart, we just took the cranks and pedals off of a regular little kids’ bike and let Monkey Boy work with that. At 6, he’s still not riding a 2-wheeler, but I’m pretty sure that’s because he’s with us on his Trail-A-Bike for most rides. We just don’t give the kid enough practice.

What matters most is not the gear, but simply time on the bike. When in doubt, just get out there and go, even for 15 or 20 minutes. It’s simplicity and freedom, all at the end of your driveway.