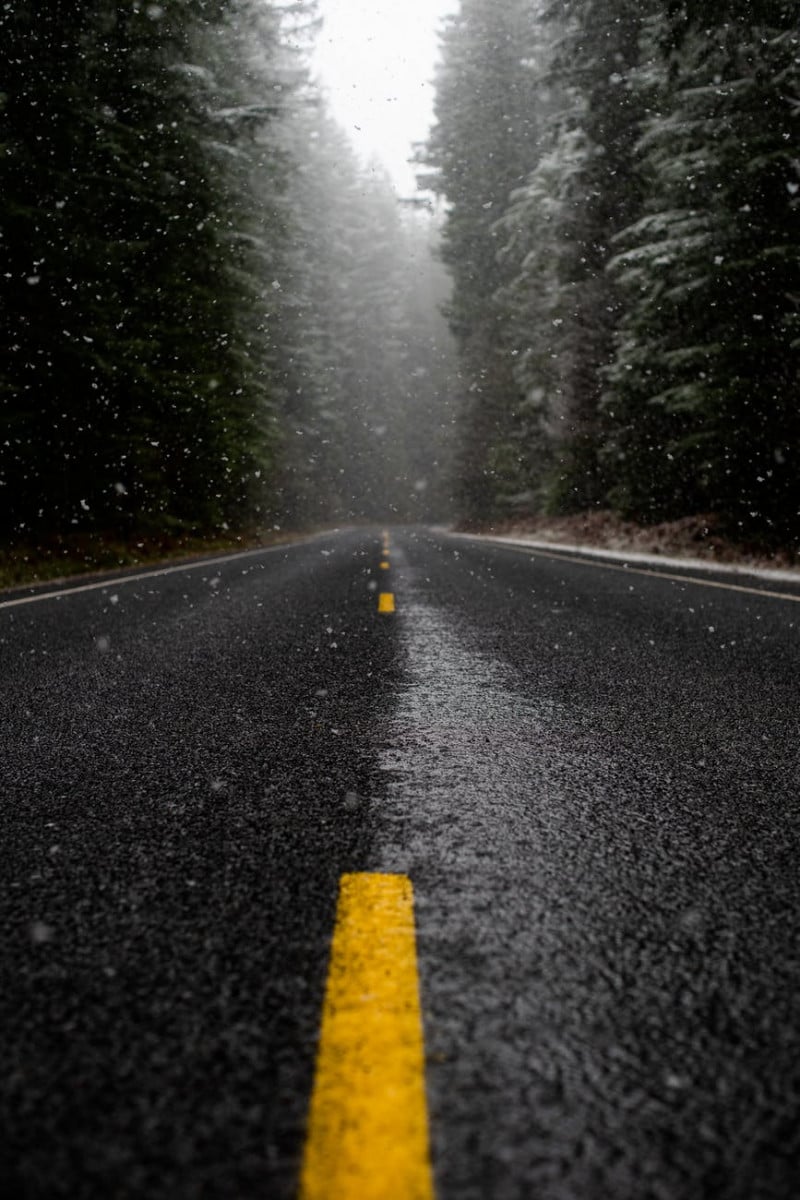 After waiting for what seemed like an eternity, I finally got back on my bike and headed towards the city. It had been over a month since my last ride. It wasn’t a pleasant stroll in the park; rather, it was a snowy journey filled with slipping, sliding, and fishtailing.

I can say without a doubt that I enjoyed it. It really happened.

That would be me getting ready to go, if you must know. Snow was falling when we awoke, and by nine in the morning, the snowplows hadn’t even come close to clearing our street, which is located around two miles away from Main Street. I was in danger of not making it up my driveway, so I strolled about for a while before setting off, unsure of how far I would really go. To say that the mile that followed was dangerous would be an understatement, but having studded snow tyres made all the difference.

It was snowing so heavily that it obscured the view of the mountains, yet the flakes were so light and fluffy that they seemed almost mystical.

After I arrived to Main Street, most of the snow had melted, so I decided that today would be a good day to put the new fenders that my husband had placed a month earlier to the test. Result: fantastic! My laptop was fully unharmed, as was the bag in which it was carried. In a few days, I will do yet another test run in order to ensure that they are really collecting all of the spatter.

Due to the fact that the ploughs were still working to clear snow from other side roads, the ride back home an hour later was not much simpler. I couldn’t drive all the way up the hill before I got to my street, so I had to walk part of the way.

Crazy? Hardly. Knowing that I was able to keep going despite the beautiful snowfall was both invigorating and astonishing to me at the same time. Although the other drivers were generally quite polite, there were occasions when I was scared that another vehicle may lose control and ram into me, but in general, they were, and I made sure to drive very carefully on the hills and bends.

In addition, I was able to stop by my favourite LBS (also known as a local bike store) for a brief visit and a discussion about the new spring line. In the next weeks, there will be numerous beautiful photos released. I am really enjoying the winter, but I can’t wait till it is warm enough to drive on dry roads again.

The gear? I was wearing my usual biking jacket and pants on top. These are soft shell pieces that do a great job of repelling water and snow and keeping in heat while being breathable. Underneath, I had on an Icebreaker merino wool base layer, a grey cashmere turtleneck sweater (thrifty eBay purchase), Ibex wool leggings (second-hand score!) and my Bogs. I was sweating when I got to my destination, so I’ll definitely need to pare down for the next trip.

Commuting stats: round trip was 5 miles and it took me 20 minutes each way.

What Are Your Worst Mountain Bike Crashes?