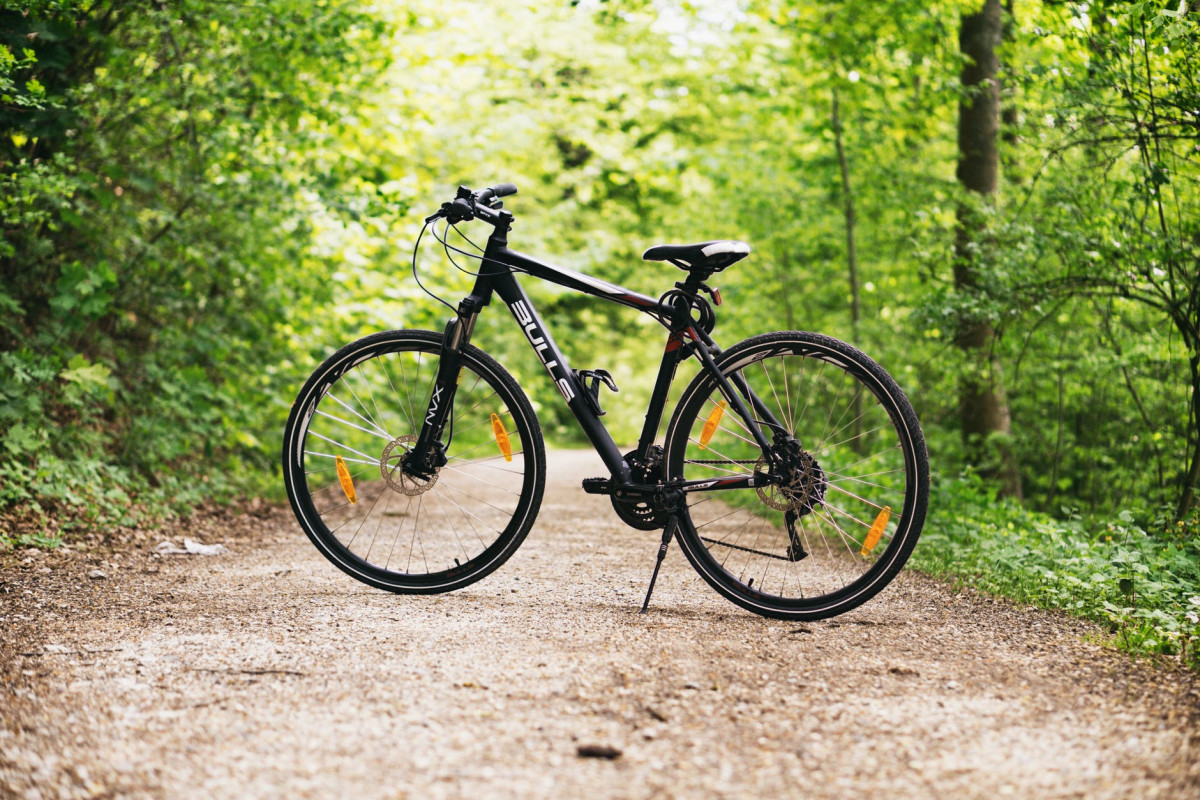 The Cannondale Demo tour made a stop in my backyard this past weekend, and as a result, I got the chance to ride a bike for a couple of hours during that time. The Rush, the Prophet, and the Gemini were going to be the three motorcycles that I planned to ride to the event; however, we had a lot of snow a few days before the event was supposed to take place, so I had to change my plans.

The snow-covered terrain meant that there wasn’t going to be a whole lot of pedalling that day, and it also meant that I wasn’t going to make many excursions up the mountain. Both of these outcomes were caused by the same thing: the weather.

When I was looking at the many bikes that were offered, I instantly decided against the Rush since I wouldn’t have the opportunity to do it the credit it deserved by climbing, and it wouldn’t be as exciting as the other bikes for descending on snowy terrain. Soon after that, I decided not to ride the Gemini since I didn’t feel like carrying a heavy bike over six inches of packed snow. After much deliberation, I decided to ride Cannondale’s top-of-the-line trail bike, the Prophet 4000, and I started climbing the slope.

Right out of the box, the Cannondale Prophet 4000 comes with the factory settings dialled in. It has trigger shifters from SRAM’s X0 series, a rear derailleur from SRAM’s X0 series, a cassette from Shimano’s XTR series, and other carbon components from FSA. A Mavic CrossMax SL UST wheelset has Maxxis Ignitor 2.35-inch UST tyres installed on it so that the tyres may be used on the ground. The bike has sufficient stopping force thanks to the Hayes El Camino brakes with the 6 inch rotors.

Built on the Lefty Max Carbon 140 SPV Evolve with Titanium Coil in the front and a Manitou Swinger 3-Way Air in the rear, the bicycle’s suspension has 5.5 inches (140 mm) of balanced travel.

The Prophet frame is very stunning, and I have a feeling that the galvanised finish holds up particularly well over time. This is because scuffs and rubbing marks won’t be obvious when the bike gets broken in. The’regular’ Prophet and its ‘Big Mountain’ cousin, the Prophet MX, are distinct from one another in a few key areas, including: the bottom bracket shell on the’regular’ Prophet is smaller; the rear dropouts on the MX have a 12mm thruaxle, whereas the regular Prophet has standard dropouts; and the gussets on the smaller frame have a little less metal than the larger frame does.

While I saw that the test bike weighed in at a slim 26.5 pounds, I had the instant impression that it would be the ideal weapon to use when tackling some challenging singletrack.

The bike’s geometry felt good, and I had the test ride set up in the more relaxed (67.5 degree) head angle setting and I think that I’d keep it in this setting for most of my riding. But, if you’re so inclined, it’s easy to shift the geometry into a more cross-country friendly position (69 degree head angle). The rear suspension moves really smoothly through its travel on descents and the platform valving on the Swinger 3-way makes for a comfortable pedal up.

The only thing I didn’t appreciate was the Fi’zi:k Gobi Ti saddle — it was the only thing I’d swap out immediately if I were purchasing this bike.

The drivetrain performed flawlessly, even in the wet and snowy conditions, and I had no problems pushing gears on the way up or down. However, based on my short time with the X0 triggers, I’m not sure that I’d drop the cash on them — unless I was missing something really obvious, I don’t think the performance improvements, adjustability, or weight savings are justified expenses for most riders.

I have no real complaints about the Lefty, although I’d like to have had more time on it to get it tuned in to match my riding style a little better than the way the test bike did.

First impressions of the Cannondale Prophet 4000

I had a fun time on the Prophet — it pedalled great and did well on most descents — even though I did feel it was a little overmatched by the terrain I was riding, especially when the going got especially steep and technical. The SPV-equipped Lefty ‘clunked out’ in a couple of spots that I didn’t expect it to but, overall, the front wheel tracked cleanly and went where I had it pointed.

The bike really moved well through corners and the suspension didn’t have the decidedly neutral feel that some of my regular bikes seem to have — the Prophet was lively and quick (in a good way) all the way down the hill.

If you’re looking for an all-mountain bike that’s burly enough to take some serious hits and the occasional trip to your area bike park, I’d look at the Prophet MX or another full-on all mountain bike before I went with the lighter Prophet 4000.

However, given that the parts spec on the Prophet 4000 is obviously targeted at the burgeoning trail-bike market and, even though the bike weighs less than many shorter-travel rides, I can see it as a bike for people who love to go for long rides on epic singletrack, race in a few events per season, and, occasionally, bomb down an old-school technical run. And, for this type of rider, the Prophet 4000 would be a perfect match.

If you can’t afford the high-end price tag attached to the Prophet 4000, you can always look at one of the lower end models in the lineup and, since they’re all based on the same frame design, the only major difference between models is the component spec.

Cycling In Snow During 2022 Winter: Gears That Cyclists Should Put On To Keep Warm

Weird Science: Comparing The 29″er With The 26″ Wheeled Mountain Bike