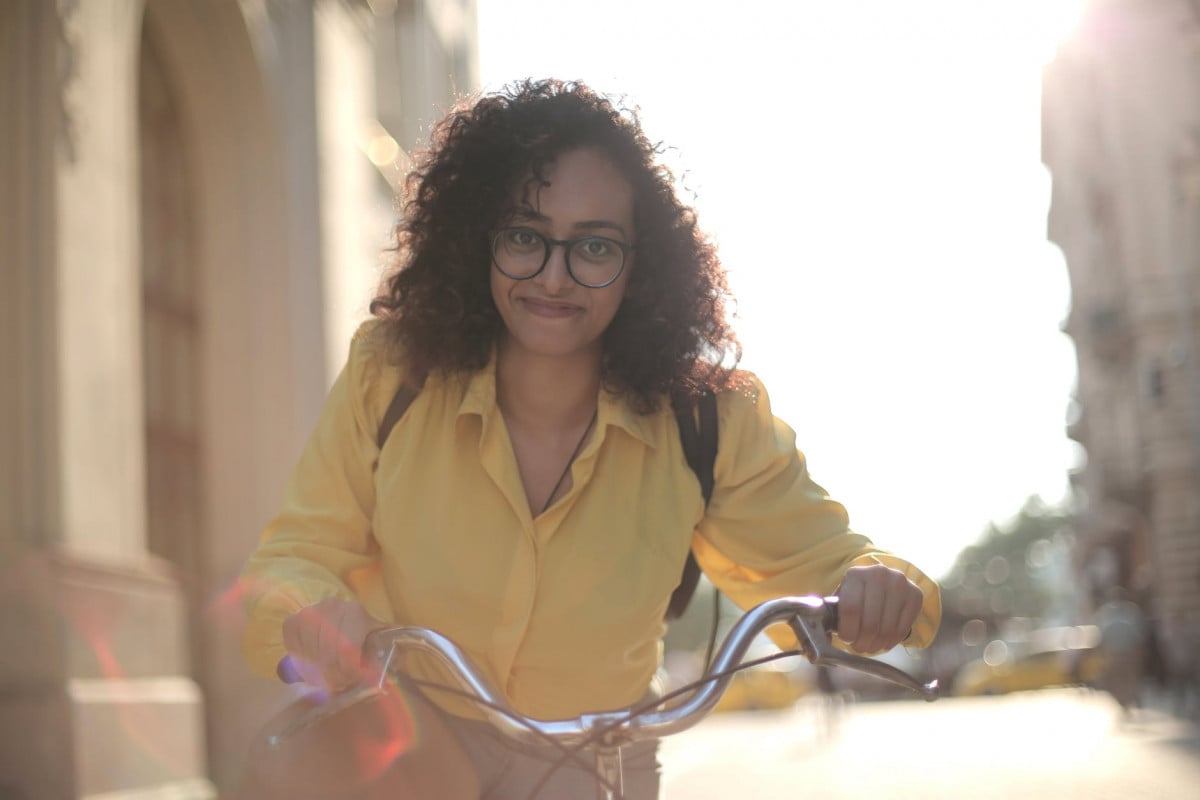 Because the snow here is so thick and fluffy, I have to alternate between skiing and reading about cycling, which is an activity that I really want to be doing but can’t right now because of the snow. Hunkering in, too? Here’s an idea for some campfire reading.

If you’re a woman and you’re interested in riding, you should be aware right off the bat that this activity is mostly male-dominated. No doubt about it. When you go into a bike store, you will notice that the employees that are knowledgeable about bikes are always men.

Before entering that man’s world, you could find it helpful to have some basic knowledge about bicycles. This isn’t to say that it’s a terrible thing, but it will make you feel more at ease. Every Woman’s Guide to Cycling, written by Selene Yeager, is an excellent and condensed introduction to the sport of cycling. This is particularly true whether you are interested in training for general fitness or racing.

Yeager is a superb writer, which means that she writes in a way that is both amusing and understandable to the reader. Because the book is also extremely well arranged, you won’t be left wondering what on earth you just read when you put it down in a daze at the end of each chapter.

Although Yeager’s discussion of the many types of bicycles (road, mountain, and commuter) is brief and not very in-depth, the majority of the terminology that may be unclear is presented quite well. Her instructions on gear and riding techniques are, once again, straightforward and simple to understand and implement. Near the conclusion of the book, she also includes some helpful chapters on riding for one’s health, doing simple repairs on one’s bike, and learning how to keep those sensitive areas happy when riding for longer distances.

The majority of the advice included in this book is geared specifically at women, which is information that you would never get from the men working at bike shops since, well, they’re men. They are unable to stop it.

The most important thing to remember is that riding a bike may be quite pleasant for women; thus, you should test out a variety of accessories and frames until you find one that works for you. If a salesperson tries to convince you that the uneasy sensation of riding a bike is something you’ll “get accustomed to,” you should walk away from the deal. It is not the correct option.

In spite of the great basic info in the book, it’s really written for women who are going to be racing or at least training regularly. And if you are, I would very highly recommend this book. If you’re going to be riding for fun or with your family most of the time, borrow the book from your public library and enjoy the writing.

Check out the cover. That is one very specialized racing bike, and the biker is a total hardbody, which is wonderful. But that’s far from “every woman.” Author Selene Yeager is Bicycling Magazine’s Fit Chick, which means that she writes columns about specific training for racing. This is her world, so it should come as no surprise that the book is slanted toward a more tough and buff rider.

More than half the book is devoted to training schedules for folks who are training for racing or long rides that most folks really aren’t going to undertake. Even the weight loss training schedule suggests regular rides of more than an hour. I don’t know about you, but as a busy mom, I usually only had 30-45 minutes for a workout, and I still managed to lose weight.

One serious omission, given the “every woman” title is the short shrift that commuter and cruiser bikes get. These bikes are some of the sexiest, in-demand bikes out there, yet Yeager hardly mentions them. Most of her time is spent talking about the details of road bikes and mountain bikes. If you haven’t biked since childhood, the last bike you want for pleasure riding is a road bike, and a cruiser is probably going to be the most affordable as well as the most comfortable.

Again, Yeager’s slant makes sense since her world is serious training and racing, but I think the marketing on the book, saying it’s for you “even if you haven’t been physically active in years,” (back cover copy) is a bit misleading.

If you’re a woman planning to do serious training or start your racing career, Selene Yeager’s your woman. If your riding is going to be for basic fitness, recreation or commuting, you’ll find more info tailored for you on blogs